The Circus is In Town – Stop Animal Performances 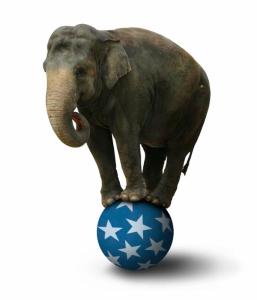 The Circus Is Coming to Your Town

Find out why a growing number of countries, cities and provinces have banned Wild Animal Circuses

Increasingly, countries, provinces and cities all over the world are banning the use of animals, both domestic and wild, for entertainment purposes such as circuses.  Bolivia deserves a round of applause for being the first country to implement such a ban.  Other countries following suite include Australia, Austria, Peru, Greece, Hawaii, Cyprus, Paraguay, Columbia, the Netherlands and Slovenia.

The following Canadian provinces and cities have also banned circuses with wild animal performances: multiple cities in British Columbia, Newfoundland, Nova Scotia and one or two cities each in Ontario and Quebec. Find a complete listing here.

While there are still some communities that still welcome these live animal shows the truth behind animal entertainment is extremely distressing.

For instance, a performing elephant is broken as a baby after being torn from its family.  To “break” an elephant, it is tied, beaten and starved for weeks until it becomes fearful and submissive of humans.  Once it is broken, its continued submission is ensured through the ever present bull hook and stun guns.

The circus coming to your town, owned and run by Tarzan Zerbini has a lengthy list of USDA (US Department of Agriculture) violations. Please find this list here.

Elephants live the same life span as humans and are known to be one of the most intelligent and emotionally complex animals in the world. They share important family bonds, grieve and are playful. They are very much like humans except they’re elephants,

Travel for long periods of time in extremely small quarters and forcing wild animals to perform even under the best of conditions is inherently cruel. Cirque du Soleil is an example of 21st century circus that entertains without abuse and the enslavement of wild animals.

Even without these violations the life of performing wild animals is based on terror and submission and includes social isolation, forcing animals to perform unnatural tricks which it’s body is not designed to do (elephants have no need to ride bicycles in the wild) which results in frequent and chronic injury.

Many performing animals are now retired to sanctuaries such as PAWS where the Toronto Zoo elephants were sent or The Elephant Sanctuary in Tennessee.

When this circus or any other circus with wild performing animals comes to your town, please tell the “other “story behind the circus and follow the lead of other cities and countries and ban wild animal performances in your city.

The elephants you will see at this circus (also run under Royal Canadian Circus, Shrine or Tarzan Zerbini Circus) are Schell, who is 50, and Marie who is 42. Marie can be distinguished by the light-coloured bands on the edges of her ears. Marie is also the one who has been observed to have foot problems and sometimes it is obvious in her gait. They have worked all of their lives. They are now arthritic and very slow-moving and SHOULD be retired.

These are the tour dates for these animals who travel is small cramped trailers and who then spend most of the rest of the time standing in parking lots. These were once wild animals who roamed for kilometres per day.

This is just their Canadian tour schedule. Their full schedule is here. These elephants will cross the continent twice (20,000 kilometres) and spend over 250 hours in a trailer. They do this year after year. Would you do this to your dog?

Ottawa Humane Society – The Elephant in the Room

What you can do:

3 responses to “The Circus is In Town – Stop Animal Performances”